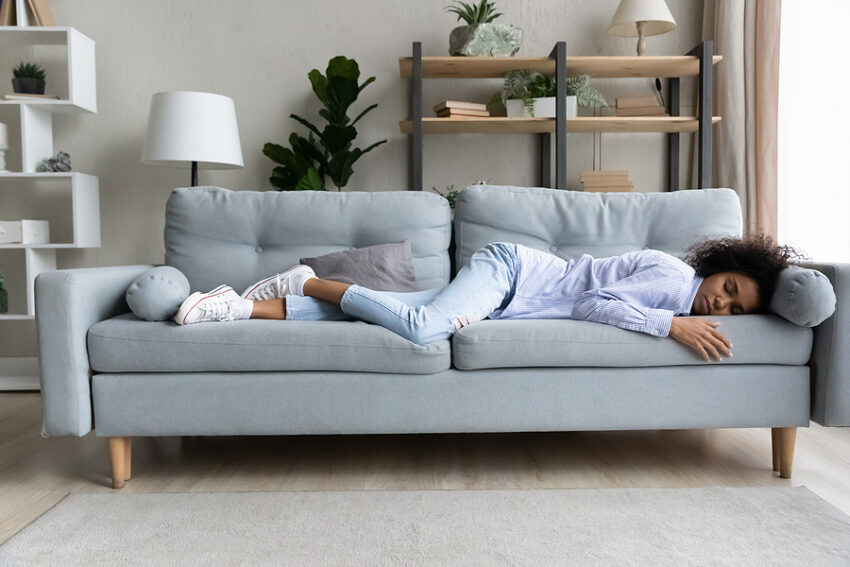 Have you ever woken up after a night of sleep and felt like you had been drinking? Did it feel like the night before was just one big blur, but not in a fun way? You may have experienced “sleep drunkenness.” Sleep Drunkenness, also known as confusion arousal (CA), occurs when someone has difficulty remembering details from their dreams or waking life. It also means that they are more likely to do things they would never normally do.

Sufferers of CA often experience confusion, disorientation, and poor control of their motor skill coordination. They also often complain of tossing and turning in their sleep throughout the night. Confusion may fade with age, but getting up each morning remains consistent.

CA is not limited to waking from a whole night’s rest. It can occur on the heels of a nap as well. It is not uncommon for someone to experience CA as a side effect of being following jet-lagged travel. However, episodes experienced in accompaniment to jetlag occur most often in those who experience CA frequently versus those who do not.

There are a few things that may trigger a CA episode. For example, awakening someone by force can trigger an event of CA. Individuals who work night shift hours also have a greater risk of experiencing sleep drunkenness.

How Often Does Confusion Arousal Occur?

A study examined 19,136 people age 18 years and older from the general US population. 2421 (15.2 percent) reported CAs in the prior year. More than half (53.8 percent) reported having at least 1 episode per week, while 24.7 percent had 2 to 5 episodes per month. The study revealed that it was not gendered specific, meaning both men and women seemed to experience episodes equally.

People who experience sleep drunkenness episodes may have some subsequent recollection of what happened, while others may not be able to remember the events, if at all.

Is sleep drunkenness dangerous? In most cases, the episodes are harmless. However, in this state, which is still considered a phase of sleep by some medical professionals, some people can perform purposeful, complex activities that can prove dangerous.

Individuals who suffer from CA are at risk of injury to themselves or other individuals, including anyone sharing the bed with them. In extreme cases, there have been reports of these folks striking a bed partner. Additionally, during a CA event, a man jumped from the deck of a cruise ship.

Another example given by the literature involves a man who left his bed to enter another room. He removed a window screen and slid down a copper water spout to the ground. He sustained an injury, scraping his hands and feet in the act. Upon completion of the CA episode, he fully awakened and returned to his bedroom.

Who Is at Risk for Confusion Arousal?

Those who already suffer from a sleep disorder such as sleep apnea or a mental condition such as depression, bipolar, anxiety, or post-traumatic stress disorder may be at an increased risk for a sleep drunkenness episode. For example, in the recent study to examine CA, 84 percent of individuals who reported CA also suffered from a sleep disorder, and 37 percent had a mental illness. In addition, research has shown that psychotropics may also pose a risk for one or more episodes.

Sleep drunkenness can be dangerous for some individuals. Establishing a sleep regimen that enables you to sleep better at night can decrease the risk for confusion arousal. In addition, individuals who demonstrate a steady sleep regimen can help reduce the risk and frequency of sleep drunkenness episodes. Research has shown that approximately 20 percent of those who have reported these episodes only slept for six hours or less or acquired more than nine hours of sleep were at a higher risk.

The treatment for sleep drunkenness requires a commitment to a sleep regimen. You have to address the underlying causes associated with poor sleeping patterns. First, make sure your bedroom is safe and comfortable with no distractions such as TV or electronics to avoid this condition. Then, if you’re still feeling groggy the next day, talk to your doctor about possible causes for your sleep drunkenness.

More Articles from Mahogany Speaks to You

spomedia2014
Fiverr
Seller
Hello There,
I am a freelance writer with more than 14 years of experience. My primary niche(s) are natural hair, hair extensions/wig care, and health and wellness. I have more than 20 years in the healthcare industry as a nurse and spent almost as much time in Corporate America. I have a Master's Degree in Business Admin and, in my spare time, enjoy spending time on the road traveling or simply binge-watching television series on some streaming service app.